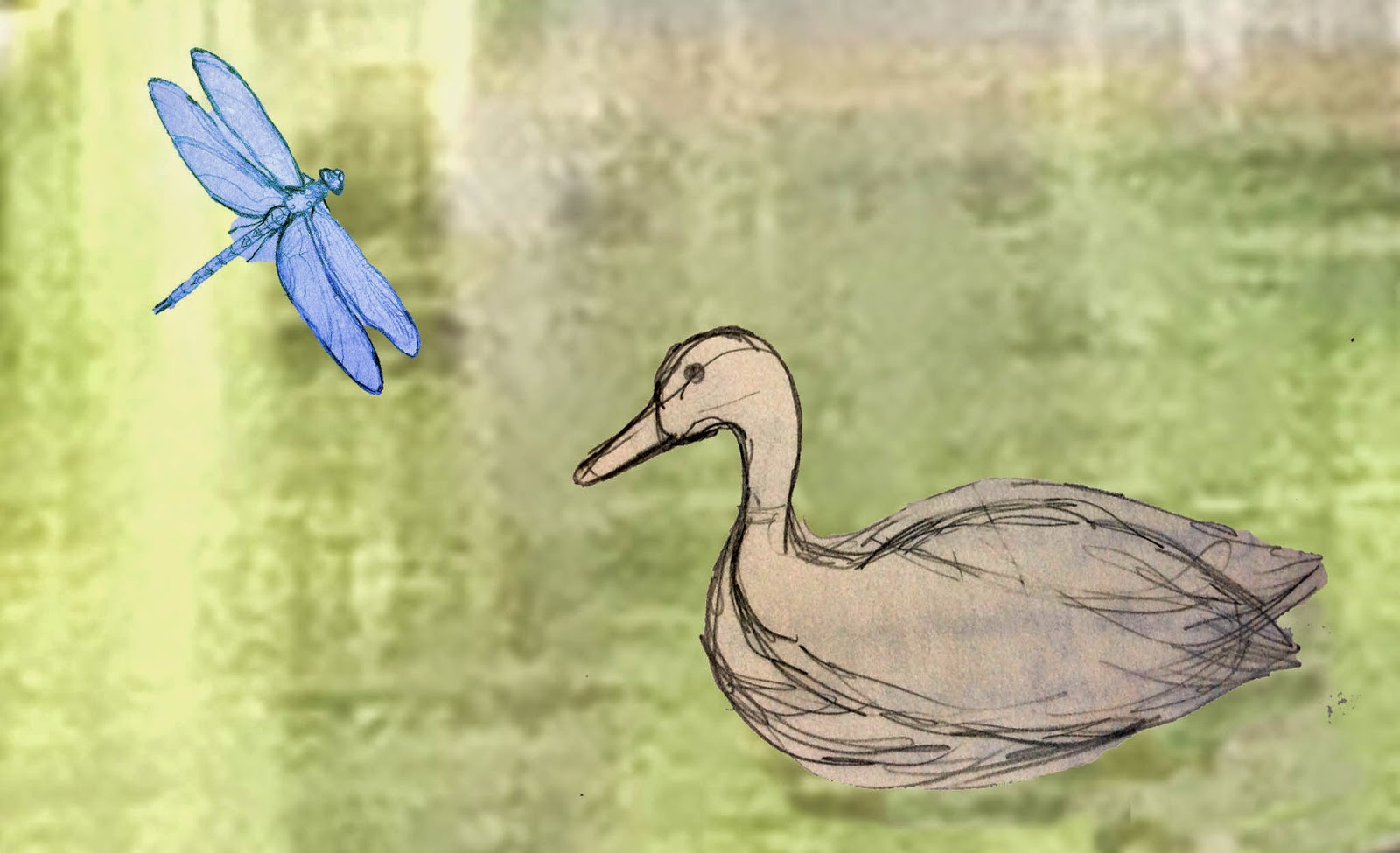 In 1942, Make Way for Ducklings by Robert McCloskey won the Caldecott Medal. I loved reading it as a child and I’ve read it to all my children. Not a lot of books stay around for 72 years, but I think this one will be popular for many years to come.

McClosky spent a lot of time in the Boston Public Garden and his drawings are wonderful, but how did he make the ducks look so real? I’ve always wondered this because although the story is loosely based on a real event, he would have had to create the drawings without seeing it happen or having pictures of it. How could he make such convincing illustrations of ducks and ducklings?

For two years he “studied mallard specimens at the American Museum of Natural History and discussed duck anatomy with an expert on birds.”[1] But this wasn’t enough. Anyone who draws knows the best way to learn to draw something is by drawing it. When you draw, you see things in a way you never did before. You notice all the beautiful details, and the image of what you are drawing gets into your mind in a kind of permanent way. So McCloskey got some live ducks and let them live in his Greenwich Village apartment. Eventually there were 16 ducks living with him and his roommate. Now that’s dedication. Like many other birds, ducks wake up early and make a lot of noise. They also leave droppings wherever they go. But McCloskey was able to do hundreds of drawings of ducks from different angles.

He wanted to know what a duck’s bill looked like from underneath when it was in flight, so he “wrapped one of the ducks in a towel and put so that its head spilled over the couch. Then he lay on the floor and looked up and sketched it.”[2]

It takes some of the mystery out of illustrating to know that most artists don’t sit down and draw realistic illustrations out of their imaginations. Maybe a few of them do, but they’ve done hundreds of drawings to get to that point.
[1] Marcus, Leonard S., 1988, A Caldecott Celebration, p. 8